In July 2014, I met Ali Bukeni (Nubian Li) for the first time. Those days I was a regular at the Fire Base Headquarters (commonly known as The Barracks), working on some projects with Bobi.

That particular day I had requested Bobi Wine to let me visit the studio and see, first hand, how Producers do their stuff.
Tony Houls, Paddy Man and a young Dan Magic were busy exchanging ideas.

So I arrived at 9am and Bobi Wine was already there, doing his boxing session.
Remember the Fire Base Boxing Club? Yes, the likes of Yasin Kawuma (killed in Arua two years ago), Kamada, Money Eater, Eddie Mutwe and many others were busy working out, punching bags and shadow boxing.

Nubian Li was just watching and busying himself on his phone. I greeted him and Bobi gave me a hug, my white shirt got drenched in sweat😂😂
Nubian gave us a side look, as if asking: who the hell is this guy?

So, Bobi introduced me to him. In a funny way.
“Guno omutwe nagwo gwaffe mwana. Mutwe mutuufu nnyo…”
Nubian came to me, hand outstretched: “Junior Mutwe…welcome to Fire Base, bro. One love…”

I shook his hand and now I didn’t know why he and Bobi were calling me “Mutwe”.
Later on I got to learn that it was because of my heavy beard. In their “covers”, facial hair is “Omutwe”.

Now you know how Eddie Ssebuufu came to be “Eddie Mutwe”.😂😂😂
So I went to the studio and Tony Houls welcomed me. Bobi had briefed them about me, the previous day. After a day of taking me through their routine, I went to Bobi’s office.

Nubian didn’t say a word to me. I was all over the place, talking and laughing with Bobi, discussing many things.
Then Nubian stormed out of the office. With two books in his hands: Mandela’s and Museveni’s. To compare and contrast, maybe.

Bobi said to me: “Omunubi bwaba asoma ayagala buli muntu asirike mwana. Kati agenda kusomera mu mmotoka ye…”
So after like an hour, Nubian returned the books. Straightaway, he looked me in the eye and said: “I was listening in to your chat with Bobi and I believe you’re an intelligent guy. I know that someday, you’ll be of great assistance to us…”

Then he walked away. And drove off.
Bobi told me that Nubian is the greatest inspiration he’s ever had, amongst his friends. He pushed him to blast hard, critical lyrics, especially those against social injustices.

Back then, I can’t be sure that Bobi had political ambitions. To be honest. But it was clear that Nubian was cooking something.
Nubian and I kept crossing paths, talking casually and that was it. He’s a man of few words. Very reserved but strongly opinionated, smart.

Fast forward to April 2017 when court kicked Apollo Kantinti out of Parliament.
Remember that in the buildup to the 2016 elections, Bobi had refused to work with other musicians on Museveni’s “Tubonga Naawe” song, and that made him popular with the opposition supporters.

His songs like “Dembe” had also raised dust. I remember UCC ordering radio and TV stations to deny it airplay.
After the elections, with the Besigye house confinement and all that came with the elections, Bobi outed “Situka tutambule”.
Somehow, Bobi became a voice of the post election discontentment.

Those days were chaotic. When Kantinti lost his seat, that was the best chance for Bobi to join politics.
Nubian was on his case all the time. Pushing him to stand and be part of the change process, the anti Museveni force from within The House.

It is said that at first, Bobi didn’t give it much thought but Nubian was unrelenting.
One day, I received a call from Bobi, asking to see me. I told him I wasn’t going to go to Kamwokya because I was to be busy till late evening. He said he’d come to me.

At around 11pm, he called again. Mwana ndi wano e Namuwongo nkunoonya. I was home. I directed him and he drove there in a Super Custom van, with the whole gang.
Yasin, Eddie Mutwe, Kamada, Nubian, Barbie and Bobi nga bonna bansazeeko.
Bobi wasn’t talking much. Nubian was the designated speaker, I think. He did all the talking.

He told me Bobi was going to stand and he needed my support as a journalist.
“Do you remember the first day we met? I told you that in future we shall need your assistance, now we’re here…”

Eishhh… I was caught off guard. This was the second time for Nubian to get me off guard. That’s 2-0. Barbie, who had met me like four times before, three at their house in Magere, looked at me and laughed.
“I also didn’t get to know of all this in the beginning, but well, since your friend (Bobi) is considering standing then he needs your support…”

What kind of support? I asked.
Nubian and Bobi told me they were looking for a group of journalists to cover their campaign trail. They wanted me to be head of it.

I said I won’t be part of the group but I’ll draft a list. I told them I am so much into sports journalism, politics isnt my forte.
Nubian insisted on me being on their team but I stood my ground. Bobi and Barbie appreciated my support and in two days, I had given them a list of 10 journalists from different media houses.

The rest is history. Bobi overwhelmingly won the election. Today, he’s contesting for the higher job in the land.
On Tuesday when I saw Nubian Li at Kyambogo, fully suited for Bobi’s nomination, I remembered everything.
Everyone of us needs a friend like Nubian Li. A smooth, silent but unrelenting operator.

By Bobi’s admission, Nubian Li has been of more help to him than the other way round.

Ali Buken, you’re one of a kind. 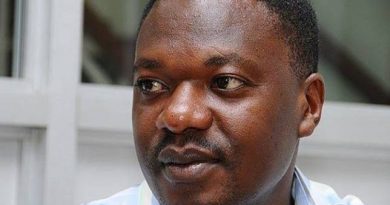 Ugandan Business Mogul Kalungi Charged with theft by his client 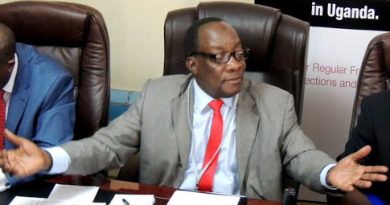 Information flow is a central factor in performance for Wazalendo SACCO