President Museveni’s biggest challenger, Mr Robert Kyagulanyi alias Bobi Wine is scheduled address his supporters via social media on grounds that his campaigns in 15 districts were interrupted by his arrest on Wednesday.

“Due to the rude interruption recently, we were unable to speak to our people in 15 districts of Luuka, Buyende, Kamuli, Mpigi, Kalungu, Masaka, Lyantonde, Kiruhura , Mbarara, Isingiro, Ntungamo and Rukungiri. We also were earlier blocked from accessing Sironko, Kitgum and Bugiri. As we arrange to come to those districts physically, I will be speaking to the people of Uganda in general and those districts in particular today at 7:00pm live here on facebook and all our other social media. I request all our leaders and agents in those areas to provide means that will enable our people to listen in or watch the communication,” Mr Kyagulanyi said in a statement on his social media platforms.

Mean while Mr Museveni’s presidential address that was scheduled for 7pm today has been deferred to a yet to be disclosed date, according to President Museveni’s spokesperson, Mr Don Wanyama.

Mr Museveni who is also the ruling National Resistance Movement flag bearer for the 2021 presidential election had, effective today, scheduled to have live weekly televised national addresses all through the campaign season.

In a statement issued last week Mr Wanyama had said, “Kaguta Museveni will starting this Sunday, and on each subsequent Sunday during the campaign season conduct a national address on key issues.”

However, moments after the National Association of Broadcasters (NAB) said they had written to Uganda Communication’s Commission (UCC) seeking clarification on Mr Museveni’s message, Mr Wanyama said today’s address had been deferred.

“The Presidential Address that was scheduled for 7pm today has been deferred to a new date that will be announced. We regret any inconveniences,” Mr Wanyama tweeted

In the statement, the NAB secretary general, Mr Joseph Beyanga, said they had received UCC directive to air president Museveni’s address starting today (November 22, 2020) under the theme “Security and Economic Recovery” between 7pm and 9pm.

Mr Museveni is also a presidential candidate in the 2021 general election and as such his address could be perceived by the audience as a campaign message, according to Mr Beyanga.

The minimum Broadcast Standards provided under Uganda Communications Act, 2013 demands of broadcasters to give every contender for public office an equal opportunity on such programming. Additionally, UCC guidelines on the Use of Media during the general elections and campaign 2021 requires broadcasters to provide balanced and adequate opportunity for citizens, candidates and political parties to express divergent political views.

“By carrying the said address, broadcasters may therefore be perceived and faulted for being biased and unfair to other candidates. The purpose of this letter is to seek your guidance and clarity on the nature of the president’s address. In case it is a campaign style address by a candidate, the willing broadcasters ought to be paid for broadcasting the same,” Mr Beyanga said. 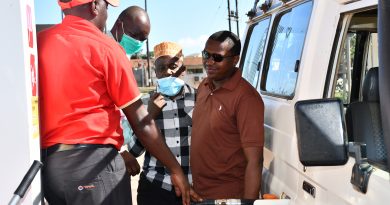 I am still a virgin says Doreen Kabareebe